Every year, the PCA staff has taken some time off to do what I’ve only seen done in Korean dramas. On TV, I watched as the main character and his/her co-workers rented a van to go on an “MT” or membership training, described by blogger Steven Bammel as a ‘modern phenomenon in Korea.’ “It is basically a retreat where a group of people from an organization go away together for a day or more and carry out a variety of group-bonding activities and training activities,” Bammel wrote on his 2007 entry called ‘What’s MT in Korea?.’ Read Bammel’s Blog Article Here

PCA simply calls its trip as a staff retreat. It is similar to an ‘MT,’ but while the co-workers in the Korean dramas are likely to drive just an hour or two to a nearby lake or mountain, we flew to an international destination- Vancouver, Canada. It was the first time PCA’s retreats took the group outside the U.S.

The majority of our staff members have never been to this part of Canada, and they were surprised to see so many Asian faces. The local supermarket even had Asian foods and Chinese signs in every aisle. In fact, Vancouver Sun published an article a couple of years ago saying Vancouver was the most Asian city outside Asia. Read Vancouver Sun’s Article Here 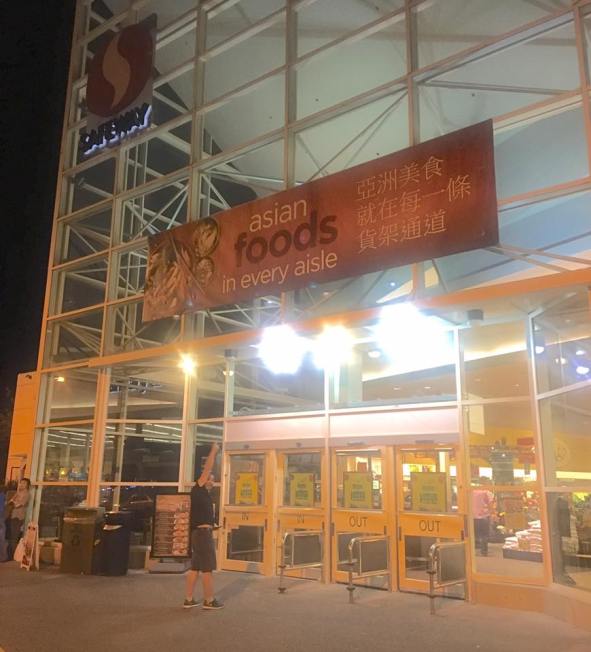 Much of the trip revolved around food. We tasted a wide variety of Asian flavors- from Chinese/Malaysian/Thai noodle dishes in Chinatown to lobster tails at a yakitori bar to dim sum at a fine Chinese restaurant.

We also indulged in fresh oysters, crab claws and octopus at a high-end dining spot in Downtown Vancouver. And we must not forget our frequent trips to the market to stock up on Vancouver-specific snacks like Bacon Poutine, Dill Pickle and Ketchup chips.

The meat of the retreat, however (no pun intended), was on Wednesday, when we had an entire day to talk about the state of our agency and to do team-bonding activities. An interesting fact I noted during our ‘state of the agency’ was that PCA is the first API agency to integrate celebrities into event marketing. We also discussed how far the agency has come and listed the future tasks at hand to make the Asian market more accessible to our valued clients.
Several team bonding activities gave us a unique opportunity to break department barriers.

Co-workers formed new alliances as they worked together to beat the rival team. Taboo, Pictionary and two Escape Rooms challenged our abilities to think outside the box and gloat over the losing team. Unfortunately, no team succeeded in breaking out of an escape room, and we learned that perhaps some of our colleagues should stay away from the drawing board.

Overall, the retreat gave us a breath of fresh air. It was a reminder to take some time out of our busy schedules and to enjoy each other’s company. The short trip gave us the chance to do just that.